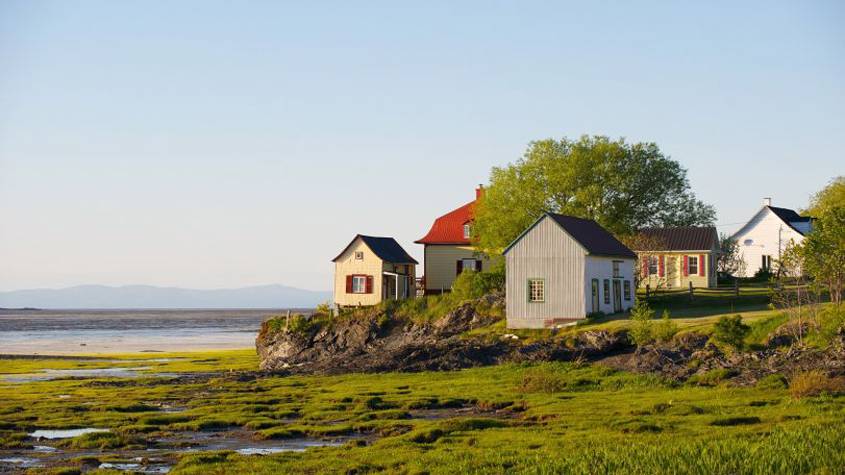 Isle-aux-Grues, a destination to discover during your next trip!

The boarding point for the cruise towards the Isle-aux-Grues archipelago is at the Berthier-sur-mer Pier, on the South coast of Quebec, 30 minutes away from the city. From the starting point, you can observe the Mont-Sainte-Anne, as seen from the North coast of the river.

Towards the East, the distance between the two coasts of the River amplifies. While Quebec and Levis are 1 kilometre apart, Berthier-sur-mer and Beaupré are located 17 kilometres from each other. It's this far alongside the river that the tide starts becoming stronger, standing at seven or eight-meters high, and plays a role into the navigation. The tide fades and becomes more shallow in Trois-Rivières.

Did you know that Grosse-Île is not the first isle of the Isle-aux-Grues archipelago? The first isle is Isle Madame, followed by Isle Ruau.

Migratory birds, mostly white goose visiting during spring and fall, hunting is the main activity practiced on the archipelago. The region is prized for the hunting as well as observation of white geese since this animal feeds on tall herbs growing there. The Isles Madame and Ruau, meanwhile, are mostly visited by many ducks, pheasants and wild turkeys. Observation of 250 species is possible, including small penguins during spring.

On top of its rocky floor, strong tides and currents, winds prove to be difficult for vessels navigating towards the Isles Madame and Ruau. The landing runway linking the isles helped solving the problem since it provided a simpler and faster way to access the territory.

During colonization, the archipelago isles were amongst the south coast seigneurys. Sires deciding they no longer wished to own the isles, they gave them away to families residing in the Montmagny region.

Amongst the 21 isles, Isle-aux-Grues is the only one still inhabited by a small community of less than a 100 people. A lot of residents make their living from crops while some of them work for the cheese factory, known for its Riopel, Mi-Carème, Canotier and Cheval Noir cheeses.

Tourism is another important part of the archipelago's economy. A lot of tourists visit Isle-aux-Grues during summer and fall. The ferry is however not in operation during the cold season, leaving only planes for transportation means.