Guided Tour of Quebec City and its attractions 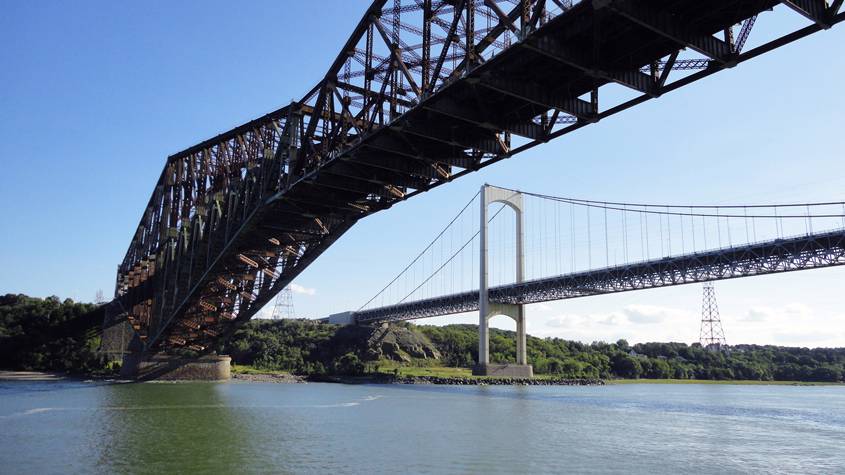 Quebec City is one of the most beautiful cities of the province. Let us take you through its every corner and learn why we consider it one of our jewels.

Did you know that the name of the city is not of french origins? Québec comes from the Native term Kebec, meaning where the river narrows down. The part of the river between the cities of Québec and Lévis is indeed very narrow. In 1608, Samuel de Champlain settles there and sets up a fur trading post because of the quality of the land rich in minerals as well as the topography, ideal for military defense.

The St. Lawrence River maritime road is considered as one of the most vast bodies of water of North America. With a length of 3700 kilometres from East to West, Quebec covering 700 kilometres of it. It explains the affluence of over a hundred boats each year. Quebec City, located in a narrow part of the river, even if far from the open sea, is subject to strong currents. Tides can be as high as 4 to 6 metres during spring.

Two disctinct zones form the river before it morphs into the Gulf. The first zone is between the cities of Québec and Lévis, composed of only fresh water for over 30 kilometres East. The river then widens and becomes the Estuary, composed of salt water. Whales visit these cold waters during may and october because of its plankton and krill abundance. The species observed most are the harbour porpoise, the beluga, the minke, the fin whale, the humpback whale and the blue whale. A few rare species, like the sperm whale, the orca or the black whale have also been seen on rare occasions. Book your AML whale watching cruise to have front row seats to those fascinating sea creatures!

At the port of Quebec, you can find Canada's oldest shipyard: the Davied, founded in 1829. It is where the Louis Jolliet ship was built in 1938. Between 1939 and 1971, the ship was used as a ferry between the cities of Lévis and Québec. The Hamel family aquire it in 1976. The ship is renovated many times but can now accomodate up to 1000 passengers on its four decks. Guided tours, dinner cruise as well as dinner cruise with fireworks are amongst the cruises available. Special events can also be organized on demand.

This hotel is the city's emblematic symbol. It was designed by Bruce Price, a New York achitect. It celebrated its 125th birthday in 2018. With its 611 rooms, it's the largest hotel of the city.

Montmorency Fall, which is 83-metres high, surpasses the Niagara Falls' height. During winter, it becomes ice, much to the delight of rock climbing enthusiasts. An icy mountain forms at the foot of the fall, sometimes as high as 20 metres. A smaller fall called the Bride's veil is also part of it.

Île d'Orléans has a length of 34 kilometres and a width of 9 kilometres and is divided into six parishes. Many families coming from the Poitou and Loire regions of France settle there which explains its rich family trees.

The island has its own microclimate which makes it favorable for farming. Amongst the many local products offered, you can find  asparagus, potatoes, cucumbers, strawberries, raspberries and many more. Many fruit stands are available all along its route, the only one where you can local farmers both sell and cultivate their reapings. Farmers' markets also sell plenty of their products.

The Plains owe their name to Abraham Martin, the first pilot and fisherman of the St. Lawrence. The Champs-de-bataille Parks, founded in 1908, covers 235 acres, which is the equivalent of the size of between six and seven football fields.

It is also there that the historical 1759 fight between French, represented by the general Louis-Joseph Marquis and British armies, represented by James Wolfe, took place. The French's defeat led to the capitalization of Quebec the same year, in the hands of the British. In 1763, Québec officially becomes a british territory and remains as such for a hundred years which is why victorian architecture can be seen in Vieux-Québec.

The mouth of the Saint-Charles River has greeted many explorers wishing to discover far away lands. Many industries have established themselves along its shore, such as the White Birch Paper factory specialized in wood transformation.

The majority of cruise ships come from New York or Boston, after their respective stop-overs in Halifax or the Saguenay fjord. Most ships, except larger ones, then go to Montreal.

Its inauguration was in 1838 but it was extended in 1854 and again in 1879 so it could reach the citadel. It is now a historical site run by Parks Canada. There, you can discover Saint-Louis' fort's archeological vestiges. It was founded in 1620 by Samuel de Champlain and it hosted between 32 and 40 governors during colonial times. The Governor's promenade links the terrace to the Plains of Abraham. 310 steps stand between the Duffering terrace and the Governor's kiosk.